Interactions between Drude oscillators (two opposite charges, one fixed, one mobile, interacting by a spring) are almost always modelled in the dipole approximation. This is because the Hamiltonian for describing Drude oscillators in this way is quadratic in the creation/annihilation operators (or equivalently, is quadratic in position and momentum) and can therefore be diagonalized exactly through a normal-mode transformation. 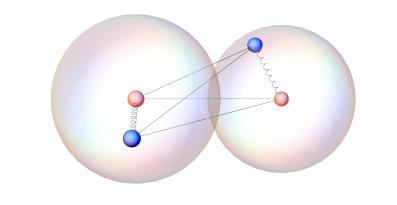 Second-order perturbation theory for the interaction of two such oscillators produces the expected –C6 R–6 dispersion interaction. At short distances this diverges, and the exact interaction energy ceases to be defined at all.